Saturday Detention
I slowly walked over to Sam and asked “ Hey Sam, do you have an extra pencil?” Sam slowly turned away from her locker to face me, then slowly responded “ Yeah, what happened to yours ?” and I said “ My one got lost, can I borrow one of yours ?” Just then the bell rang and students started heading for their next classes. Luckily Sam and I were both had the same class, Inquiry. Sam quickly turned back to her locker and handed me a pencil, grabbed her books and slammed her locker shut.

I quickly ran back to my locker which was firmly shut, grabbed my books and  slapped my locker shut and walked back over to Sam who was waiting for me by her locker. We both walked to class happily and took a seat at the back next to each other. Later on, Mr Hobson our inquiry teacher came in and started to write what we were learning about for this week. Afterwards, Mr Hobson explained to us about what we were learning about for this week. After explaining the topic Mr Hobson started picking groups, “I hope I’m with Sam “I thought.

The groups had to be an equal amount of boys and girls. The first group had Sam, Daniel, Michael, Sofa, Fred, Pepper and Me. Sam gave a sad sigh when she heard that Sofa was in our group. Sam and Sofa used to be best of friends but unfortunately one day they had a fight, from that day on they never spoke to each other ever again. Everyone had to sit in their groups, so everyone in our group had to move to our table. Everyone started having group discussions about what their projects should look like and who will present the project to the rest of the class.

Soon the bell rang for Lunch everyone started getting ready for lunch, except our group. We still had to discuss what our project would look like and who will present it. As we began to leave, Mr Hobson came over and said “ Oh I forgot to tell the class, the whole group has to present it”. Sam and I both gave each other sad looks.

While the whole school was having lunch in the staff room and cafeteria, something in the science lab was bubbling and boiling. The liquid kept bubbling, boiling and turning into strange colours, soon it started to bubble out of the stabilising machine. Just the science lab teacher came running in, and saw that the liquid had leaked through the classroom tiles.And was spreading through the school at high speed.

Meanwhile in the cafeteria, a stench had risen through the school. Sam and I were sitting at a table eating our pizza’s when suddenly Sam sniffed the air and gave me a weird look. I knew straight away the air smelt strange.
I sniffed the air and replied to her look “What’s that Smell ?”. Soon the whole cafeteria was filled with students complaining about the smell.Later on, a teacher came running in and told us that the smell is being taken care of. Afterwards, Everyone had to get their belongs and evacuate  due to the school was being cleaned because of the smell.

The next day the whole school had to attend an important assembly. In assembly, our principal Mr Bert spoke about the smell and how it was caused. He said that “ The smell from yesterday afternoon was caused in the Science lab.” He also said that “ The science lab will be closed today, so there is no Science lab until further notice.” After assembly was finished everyone had to go back to class. When we arrived back at class, we had to go to our homerooms. Sam and I have the same homeroom teacher, our teacher is Mrs Smith. Mrs Smith did the roll and told us the notices for this week.

Soon it was time to go to our art classes, I’m in the same group as with my friend Harriet.I go to Harriet’s class and wait for Harriet to come out. Soon I  see her long blonde hair waving at me.Harriet and I head towards Room 12, which is 10 classes away from my home class. When we arrive at our art class, they had started earlier than usual. We entered the classroom in silence and swiftly took a seat. In art class, we’re doing a whole term project in pairs. Our project is wool and nail art, Harriet and I are doing it together. We decided to on doing the word ‘Dream’ in rainbow wool. We started looping the letter D in red and orange wool. In a few minutes, we started looping the letter R in yellow and green wool. The letter R was a bit tricky and it took longer than expected. Later on, Harriet and I had finished to looping our project and got to finish off some work from Literacy and Numeracy.

Well we were finishing off our work, I asked Harriet “ Who should take the project home ?”. And Harriet said “ I think you should”. Then I said “ okay if you insist”. After a well it was time to go back to class, we packed up and got ready to go back to class. While Harriet and I walked to class, we talked on the way back, well it was mostly me doing the talking. After an awkward moment, Harriet started doing the talking. She talked about her friends and her sister. She also spoke about her new stepmother, and how much different she is to other stepmothers.

In a couple of hours, we were finally finished. It was getting late, so everyone started tidying up and heading home. When suddenly, Sam’s older brother Rodrick coming home from soccer practise who was entering the door while dribbling a soccer ball, kicked the poster and it fell and landed on a paper shredder. Then Sam’s younger brother pushed the poster down through the paper shredder. “ Noooo” everyone echoed as the Paper shredder kept on shredding the poster into teeny tiny pieces.

The next day, at Inquiry class, Mr Hobson was asking for all the projects to be handed in. When he reached Sam’s group, he was shocked when he heard that Sam’s group didn’t do the project. He walked straight back to the board and wrote down the names of Sam's group members for Saturday detention.

WALT : Identify an issue within a area of discussion.
Participate in group work and discussions

WALT: understand place value in numbers that have decimals 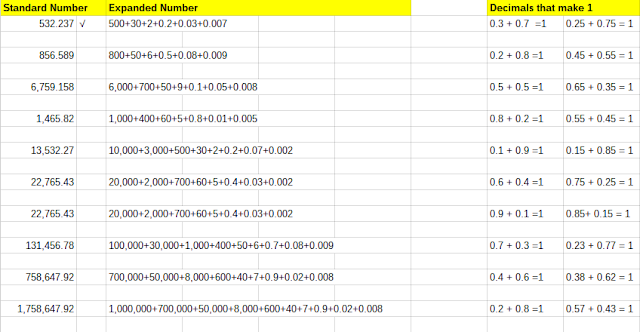 This week in Miss Berry's Maths class, a of the groups which is the Pentagons are learning about BODMAS. We are learning to use BODMAS when solving algebraic equations. BODMAS Stands for :
Brackets, Orders, Division, Multiplication, Addition and Subtraction.

Who ate my sandwich ? .... Not me
As I open the refrigerator on a mission to find food, at that moment it was one o'clock in the afternoon, I had eaten a hearty breakfast but my stomach keeped yelling at me. I kept on rumbling through the refrigerator in search of a snack.


At last I found something to eat ....... Leftover Pizza from last night. “Yum ! I thought as pizza often tastes better the next day when the flavours really sank in.  I eagerly popped the pizza in the microwave and hit a couple of buttons. After a few seconds of waiting which felt like hours, it was finally done. I ate the pizza in 4 quick bites, the bubbling mozzarella melted in my mouth ...... mmm so good. The spicy salami sizzled in my mouth, I ate the pizza and keeped rummaging through the refrigerator.


Soon I got bored and decided to watch a movie, so I headed towards the living room. I grabbed my tablet and sat on the cozy couch. I started watching a movie, it was about a kid who became a karate world champion. It was a bit like karate kid, except he became a world champion at karate. Part way through the movie, I got hungry again.


This time, I decided to make myself a sandwich it would be perfect I thought to myself. I strolled to the kitchen and opened the refrigerator. I took out a loaf of wholegrain bread, lettuce, mayonnaise, chicken, tomatoes, grated carrot. I took out two pieces of bread and started to spread mayonnaise all over it.


Then I took out some lettuce and put them on both pieces of bread, after that I took a handful of grated carrots and spreaded all over it. Then I took the chicken and put them both on each sides. Finally, I had finished making my ultimate sandwich.


After making my ultimate sandwich, I went to grab a drink. When I returned my ultimate sandwich was missing. “Noooooo” I said when suddenly from behind the bench, I saw a head sticking out. I stroll over to investigate, when suddenly I saw who steal my sandwich ..... it was my sister. She sat there eating my sandwich, like she didn’t do anything. “Nooooo” I screamed, while she kept on eating.


Afterwards when she had finished, she gave a hearty burp and walked off. I stood there stunned, and gave up on making my ultimate sandwich. I decided to get a subway sandwich, so I grabbed my Nike bag and headed for the mall. 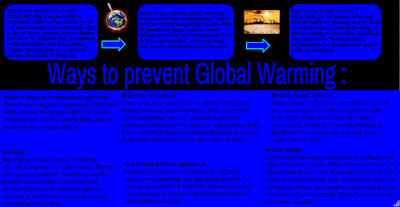 This week, the Louis Sachars are learning about the Arctic Ice Melting. Our create part of our task was to create a diagram that displays the process of the ice melting and its effects on our planet. We could use images and arrows in our flow diagram. In my flow diagram, I have added images, as well as arrows.