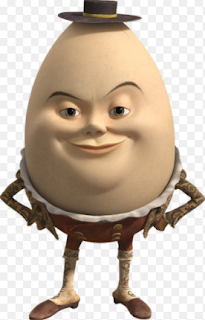 This week, we are learning to solve measurement, algebra and fraction problems. It was a pretty easy task as soon as you figured how to solve each slide or problem. I thought the perimeter slides were the easier than the rest of the presentation. So I think that perimeters and sometimes areas are part of my strengths in Maths. Thanks for visiting my blog :)
Posted by Unknown at 18:19 No comments:

What is the History of McDonald’s 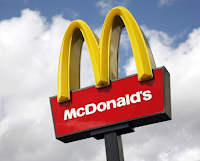 Let me explain to you the amazing history of McDonald’s. Many fast food chains are invented years back, just recently was invented Nutella and Spaghetti, at a Italian Restaurant in Australia

Did you know that McDonald’s was established on the 15th of April 1955. It was invented by an American Businessman Ray Kroc, who’s full name is Raymond Albert Kroc.

Ray Kroc got involved with the Californian Chain McDonald’s in 1954. He then built it into a nationwide business, and eventually a global franchise. Which made it the most successful fast food corporation in the world.

Unfortunately, Mr Kroc died on January 14th in 1984 but he never stopped working for McDonald’s. His legacy continues on to this day as the corporation continuously supplies customers with great tasting inexpensive food.

In summary, McDonald’s, one of the most popular fast food restaurant in New Zealand was invented by a Great Successful Businessman Ray Kroc. And that is the history of McDonald’s, my dear readers.


For this task, we had two success criterias which were :

- Use BEDMAS to solve equations with more than one operation
- Use Basic facts knowledge to solve addition and multiplication problem. I had no problems completing this task, because I had previously done this activity involving BEDMAS.

WALT: Look for clues in the text to helps us make meaning when we interfer. Using the Process of elimination to find the best fit answer.

This week for literacy, our learning target for this week is to look for clues provided in the text to help us make meaning when we interfer. Our second text is about seatbelts, by reading it you were automatically persuaded to wear a seat belt the next time you're in a car.